Read our full post today to know more about Italian Newspapers and their news website. Italy is a wonderful country, officially known as the Italian Republic, full of amazing information. The country has a very ancient history. The capital and other cities have witnessed many events in their history. After the development of civilization here, the news sites also improved a lot, which we will learn about from today’s post. 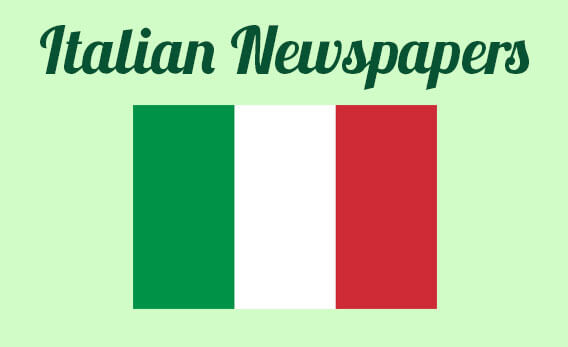 la Repubblica is a national daily newspaper. It was established on 14 January 1976 by Eugenio Scalfari. GEDI Gruppo Editoriale is the wner of this paper. The paper is an Italian-language newspaper. It had a 301,565 circulation since 2014. Publishers Carlo Caracciolo and Mondadori invested 2.3 billion lire and a break-even point was calculated at 150,000 copies.

La Stampa was launched on 1 February 1867 by Vittorio Bersezio who is a journalist and novelist. GEDI Gruppo Editoriale is the owner and publisher of this paper. This oldest newspaper is distributed in Italy and other European countries.

Leggo is the first free daily newspaper in Italy. It had a circulation of 715,000 copies. It was founded on March 2001 by Caltagirone Editore. It covers 15 local editions for the cities.

Metro is a tabloid format daily free newspaper. Metro International is the owner of this paper. Normally it covers news like business, travel, sports, education, and entertainment. The headquarter locates in Milan, Italy.

Il Messaggero is a broadsheet format daily newspaper. Caltagirone Editore is the owner of this paper. The paper had a 91,012 circulation. The first four copies of the paper were distributed as free samples to newspaper subscribers.

Il Sole 24 Ore is a very popular daily business newspaper. Confindustria is the current proprietor of this paper. It was first published on 9 November 1965.

Alto Adige is a local newspaper in Italy. It was established in 1945 by the National Liberation Committee. The headquarter of this paper locates in Bolzano.

Corriere della Sera is a Berliner format daily newspaper. RCS MediaGroup is the owner of this paper. Its political alignment is liberalism, centralism. It was started its journey on 5 March 1876 by Eugenio Torelli Viollier. La Gazzetta dello Sport is the sister newspaper of this paper.

I hope you have benefited from today’s post by getting the details and official link of Italian Newspapers. Stay tuned to our website for details of newspapers from other countries.